Danielle Dishes on The Shallow Grave and Chamber of Terror! 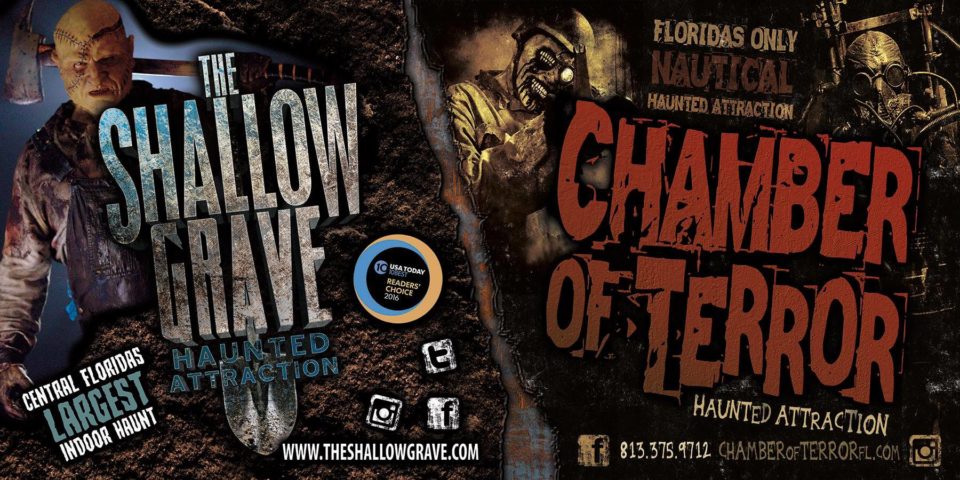 Are you haunting local?

Last night I went with my boyfriend and friend of ours and headed out to experience two of the highest-rated independent Haunts in Florida.  We knew The Shallow Grave was a must-do before it is gone after this season.  Then we headed over to Tampa to climb aboard the Chamber of Terror . We had such a great time!

At The Shallow Grave there were two houses: Betrayal and Pavor Nocturnus.  In Betrayal,  you had a theme of Zombies on a deserted piece of land. While the location is not determined, I got a southern vibe. In Pavor Nocturnus, it was a house filled of your worst phobias that anyone could think of and they were all after you.  There were some very cool anamatronics along with real scareactors in both houses and when you mixed in the strobe effects and the actors ability to be still, you really couldn’t tell what was real or not sometimes. In my opinion, I enjoyed Pavor Nocturnus more but truly enjoyed both.

On our next stop, we set out to sea on a abandoned war ship called the S.S. Victory for the haunted house called Chamber of Terror. This house was set more on the scareactor interactions than effects due to the space they had, but it had plenty of both. This one had more close up personal interactions where the actors tried to intimidate you as you walked by them in the places that were more open like the kitchen or on the deck. You went all over the ship and ended with you escaping while it sinks and it was nothing but fun.

My best recommendation would be to get the combo ticket with express and do both events and see all you can.  At the end of the night, I loved all three houses and got a taste of local haunts and it was great. I am very sad to see Shallow Grave ending, but know that it will be exciting to go to others and see how the local “hauntscene” develops.

Until next time everyone, Stay Spooky! 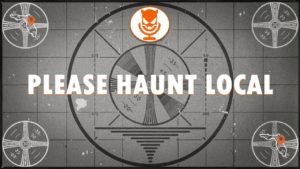